For some time now, the market has been in a choppy, sideways trend.  Below you see a 5 year chart of the S&P 500, which is in index of the largest 500 US stocks.  I have drawn two lines to emphasize a top and bottom of the range which we entered in April 2014 and finally broke over 2 years later in July 2016.  In early July 2016, the market climbed above 2130 finally breaking this trend and we now sit at 2184 as of Friday’s close.  So is this the start of a new uptrend?  Is now the time to take profits and run for the hills? Or have we entered a new sideways trend? 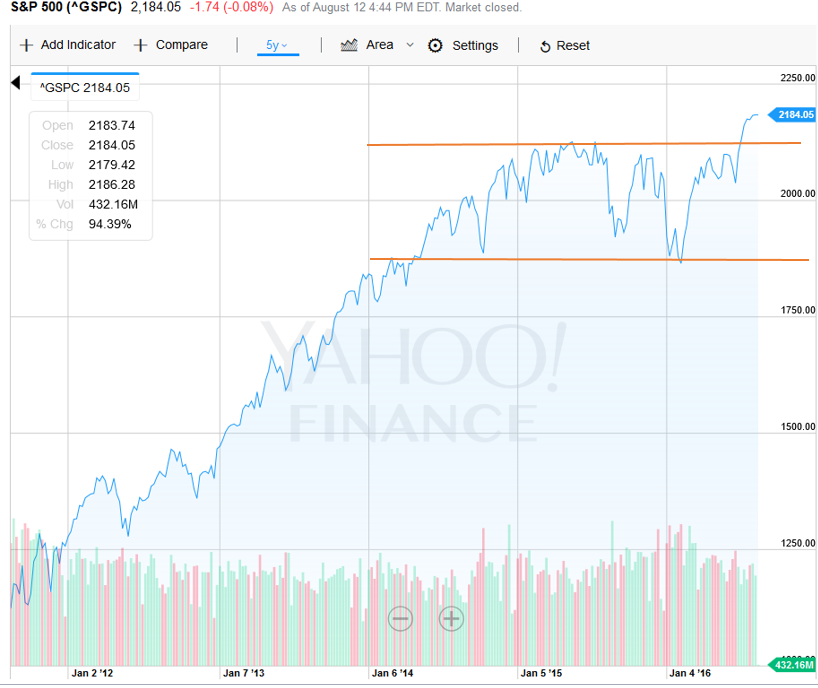 First, I believe a big factor in the market’s behavior over the last two years is corporate earnings.  We are now nearly done with Q2 earnings season and with 91% of the S&P 500 reporting so far, 70% have reported earnings above the mean estimate and 54% have reported revenues above the mean estimate.  That sounds good, but the blended decline in earnings is -3.5% for Q2.  This marks the 5th consecutive quarter of year over year earnings decline.  The last time we had five consecutive quarters of year over year earnings declines was Q3 2008 through Q3 2009. (Source: FactSet Earnings Insight) 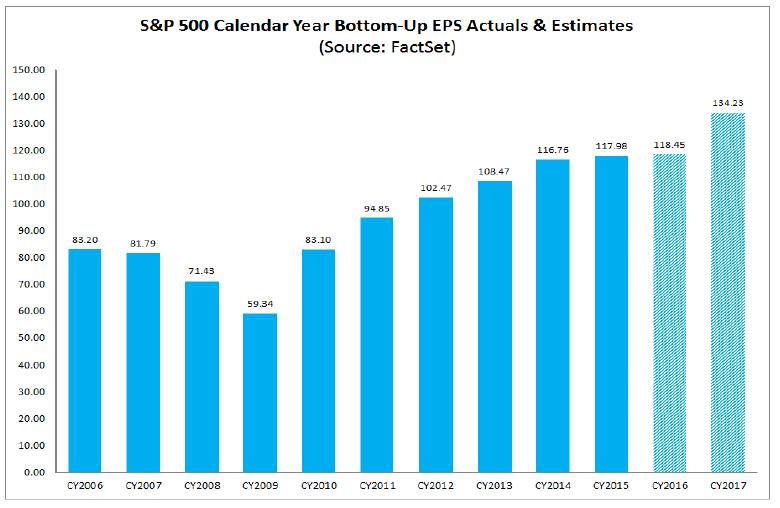 And here are the results by quarter, with a clear declining trend since mid to late 2014. 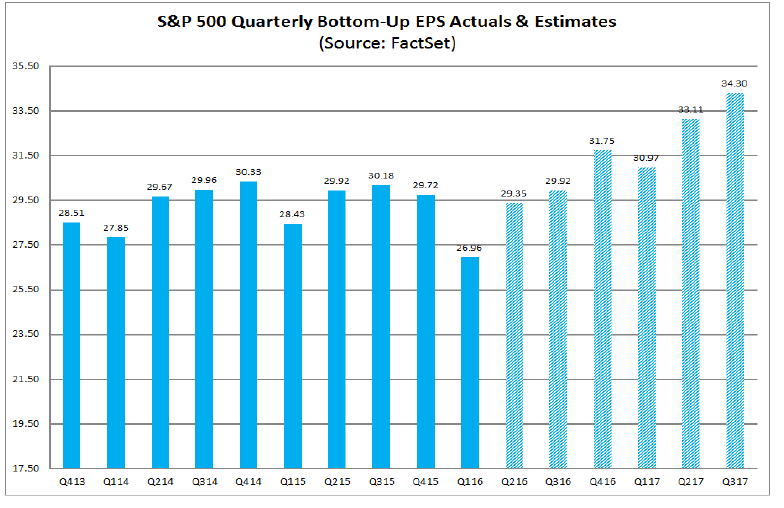 So as I have been emphasizing for some time, this has been a challenging couple of years for markets and for growth.

I read an interesting bit of research on historical returns for the S&P 500 from Ben Morris of the DailyWealth Trader.  In his first table, he shows the average, minimum, maximum and median results for every one month period, two month period and so on for the last 75 years.  He notes in his research that stocks climbed in 72% of the periods.

Here is a second table showing the same stats when stocks hit a new all-time high, (which happened in July 2016) after not hitting an all-time high for at least a year.  This has happened 14 times in the last 75 years.

So what does all of this mean?  What I take from this study, is that stocks could do anything over the next 12 months.  They could go up, they could go down, they could go sideways for longer.  But historical statistics show a bias for growth over a 12 month period when markets hit a new all-time high after a period of consolidation as we have seen over the last year.  Historical studies like the one referenced above do not take into account the economy, earnings, elections, or the business cycle.  What I take from this study is that although the market hit a new all-time high this last Thursday, now is not the time to alter your strategy, move to cash, and run for the hills.  Yet we see investors doing this.  Below is the Investment Company Institute’s report on estimated long term fund flows and ETF net issuance.  It clearly shows a recent trend of money flowing out of equities and into the perceived safety of bonds.  This is where having a financial advisor can be valuable.  To help you create a strategy that makes sense for you, and to help you stick to that strategy during normal market ups and downs. 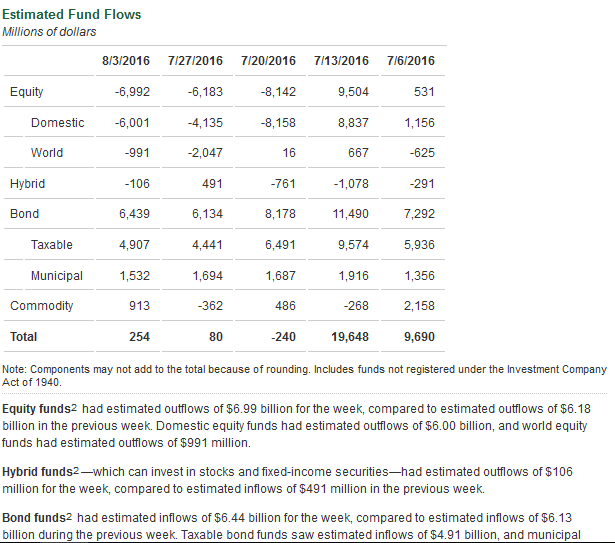