Recessions in the chart are depicted by the grey vertical bars.  Note that lately, we have gone from over 2 on the chart, to less than 1.  The good news is that the relationship is still positive, and this is a good sign that we are not currently headed for recession… yet.

The last two weeks have seen an increase in long term treasury yields, which also means we have seen bond prices, especially long term bond prices, falling.  Some investors have been taking money out of bonds, and placing them in stocks.  This is a signal our economy is strengthening further indicating there is no sign of an upcoming recession. 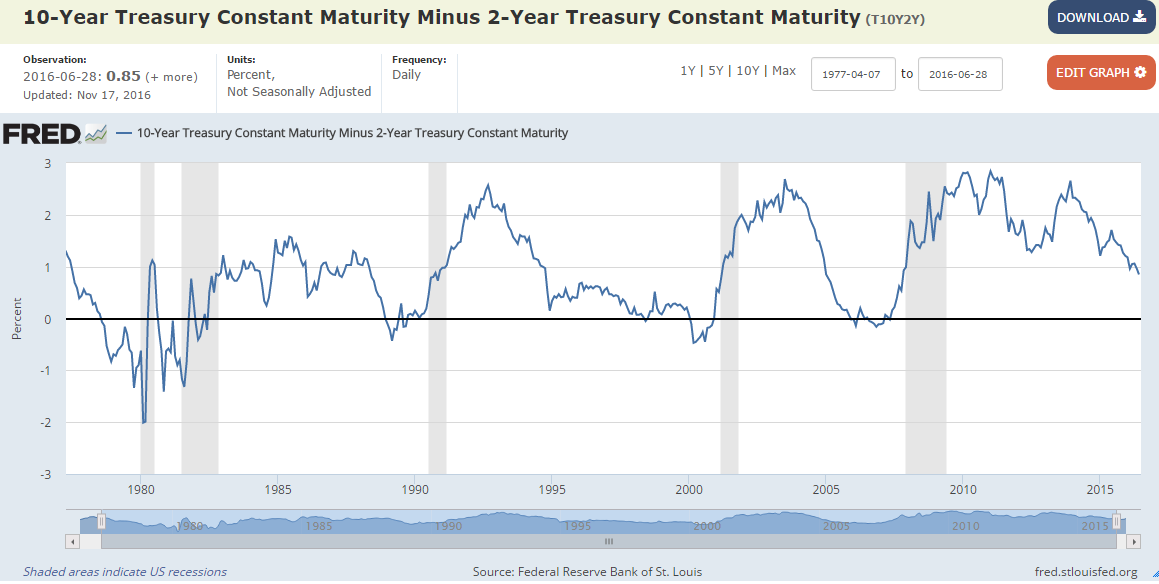 We know that recessions are not good for stocks.  Bonds tend to do better during recessions due to their perceived safety.  So what would happen, if we used this indicator to position more defensively prior to the next recession?

Starting with the earliest recession on the chart, here is how stocks, as measured by the S&P 500 performed from August 1978 through June 1980.  This corresponds to the month that the yield curve inverted, until the time the recession ended.  Though there were some precipitous drops in October 1978 and February 1980, the S&P 500 was actually higher over the entire time period. 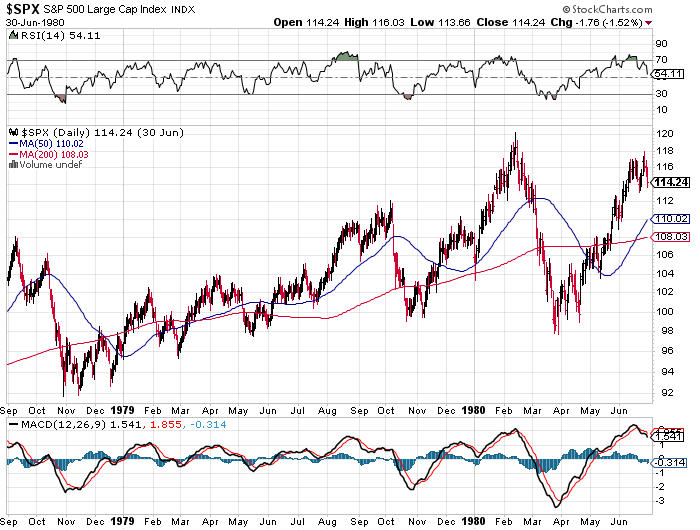 Here you see a similar story from October 1980-November 1982.  Again, stocks fell but finished higher between the time the yield curve inverted to the end of the recession. 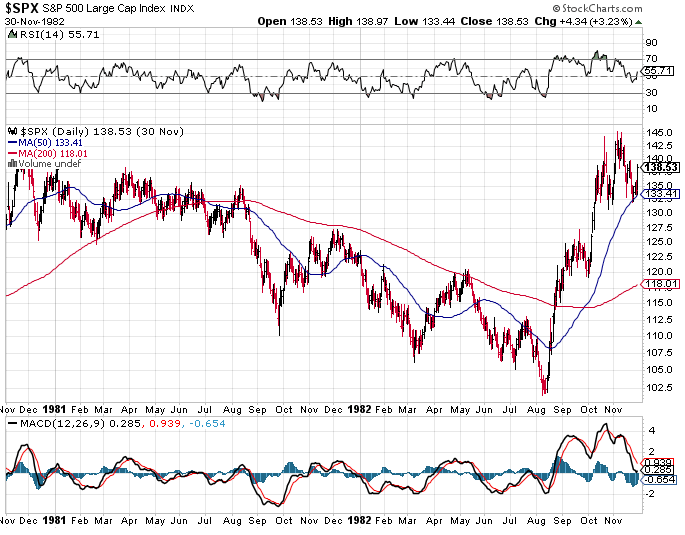 December 1988- March 1991 is depicted below with stocks rising over much of the time period. 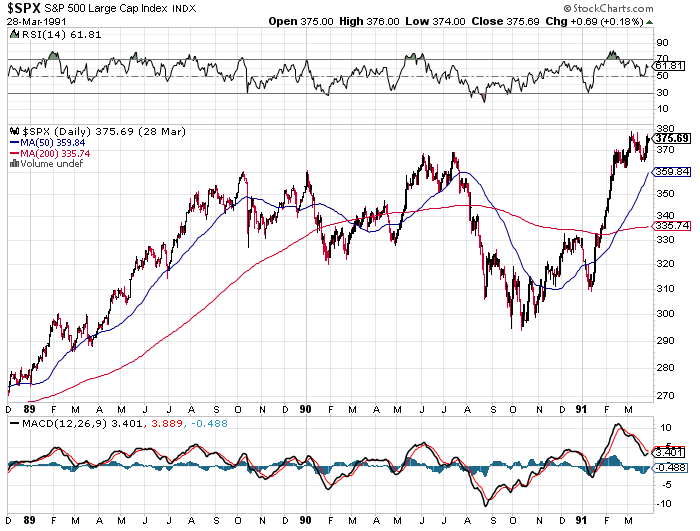 January 2000- October 2001.  Here we see stocks clearly lower from the time the yield curve inverts to the end of the recession. 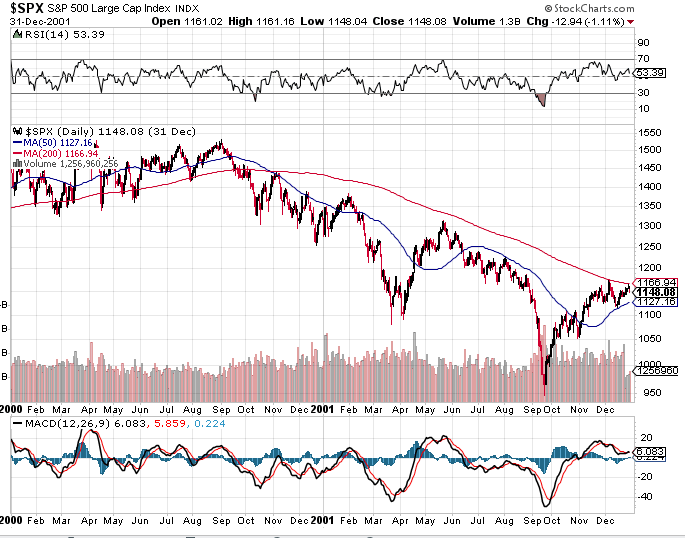 And of course, the great recession.  The yield curve began to invert in February 2006, with the recession officially ending in May 2009. 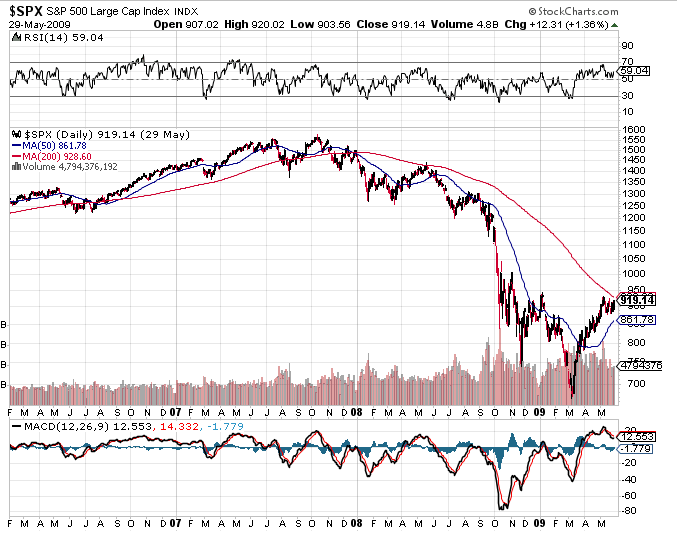 Eventually we will see the yield curve invert and this could be a time to consider a more defensive portfolio, but as you can see, each recession has been a little different and this strategy does not always work.