Two Economic Reports I Keep an Eye On

Two economic reports that I keep my eye on are leading indicators and the yield curve.  These reports can help us determine if the economy is healthy.

Below is the most recent report of leading economic indicators.  We see the blue line on the chart is generally trending upward which is a good sign.  This report is released monthly by the Conference Board and when they use the word “leading” indicators, they are referring to economic numbers that tend to change before the economy starts to change.  For example, one leading indicator is consumer satisfaction.  When consumers feel good about the economy, they are more likely to spend money in the near future than when their satisfaction is low.  Another important leading indicator is first time jobless claims.  When jobless claims begin to increase and we see a sustainable uptrend in first time jobless claims, that can spell trouble for the economy in the near future.  We have historically seen leading indicators “roll over” prior to economic recessions which are depicted by the grey shaded bars and recessions tend to be problematic for stocks.  Bottom line – leading economic indicators are looking OK at the moment. 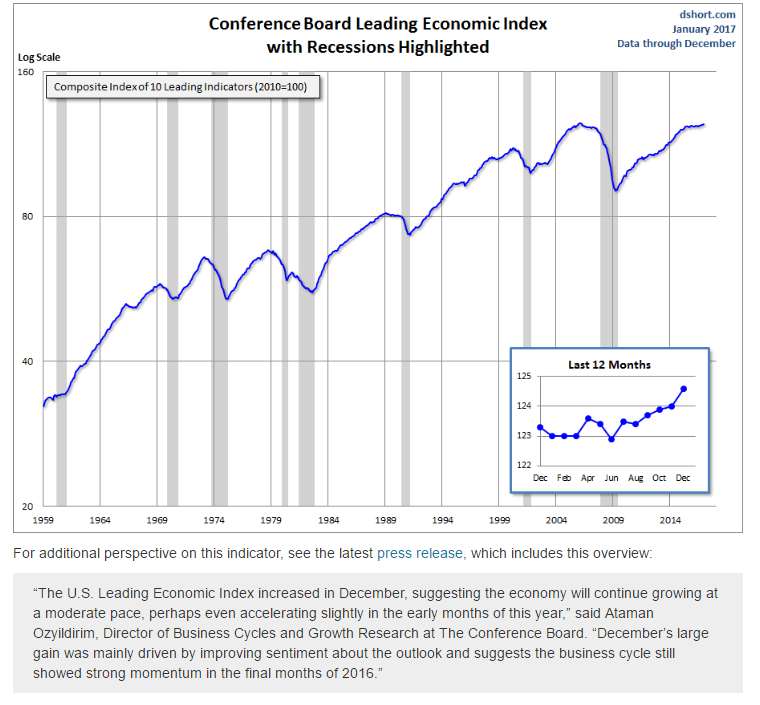 The second economic indicator I pay attention to is the yield curve.  In a normal economic environment, short term bonds pay lower interest rates than long term bonds.  For example, currently a two year treasury bond pays about 1.16% interest per year while a ten year treasury bond pays about 2.41% interest per year.  While these are historically low rates, it is a good sign that the short term treasury pays less than the longer term treasury.  This is not always the case.  The US Federal Reserve sets short term interest rates and at times, they have to raise short term interest rates to try and control inflation.  They sometimes even raise short term interest rates higher than long term interest rates, and this has historically been a pretty reliable predictor of a recession coming.  As we look at a chart of the yield curve below, we see the blue line is still above zero and that means that our yield curve is still positive.  Note that prior to all of the last recessions going back to the late 1970’s, the yield curve inverted, meaning it went below zero.  Currently, we are still positive though the trend is down, indicating that there is low chance of a recession currently.  As I mentioned previously, recessions tend to be rough for stocks. 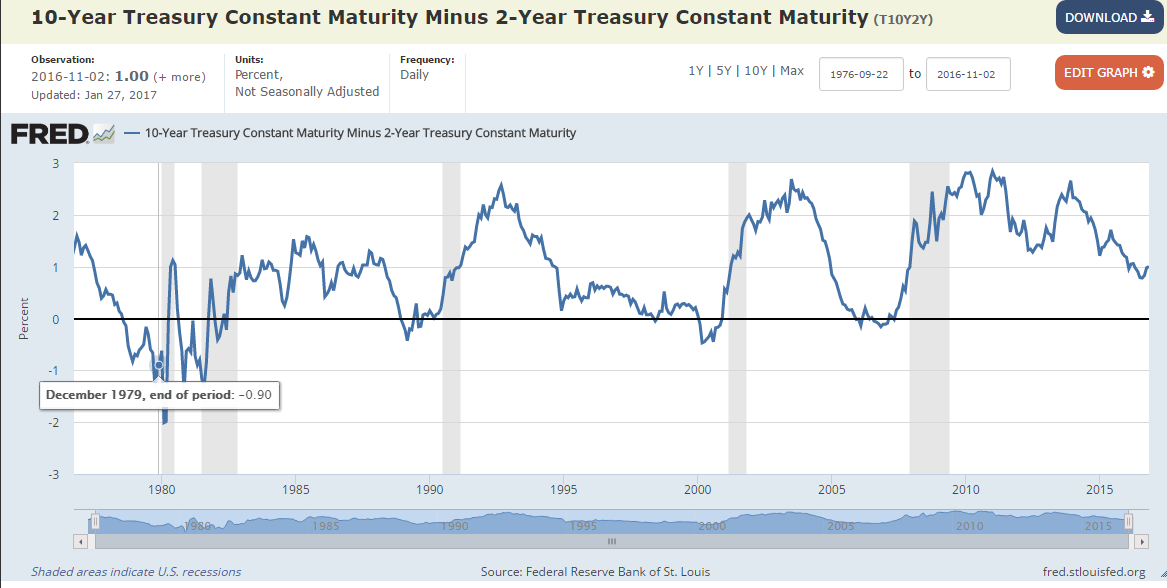 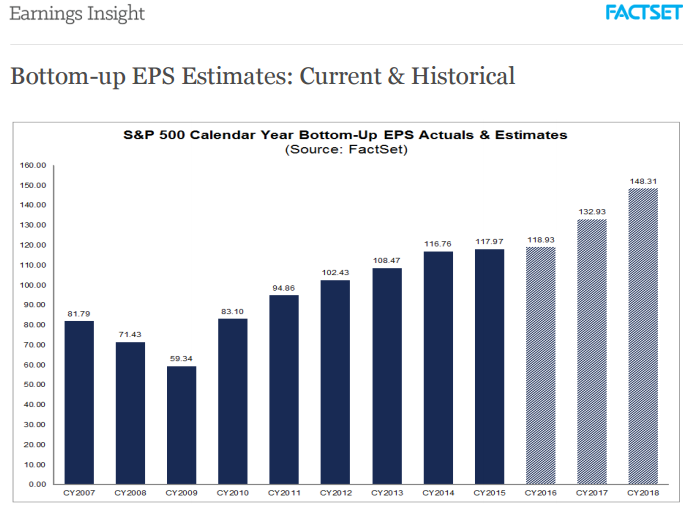