In last week’s update, I wrote the following:

The market then turned its attention to a referendum vote on June 23rd regarding whether the UK will remain in the European Union.  Should Britain exit (a.k.a “Brexit”) the EU, a realignment of Europe’s financial sector will occur.  The uncertainty over this vote has spooked the market and most stock indices fell this week.  The EU is a group of 28 European countries that have agreed to abide by certain rules to facilitate trade and commerce.  Polls suggest the vote will be close and volatility up or down is likely though the voting results.

After polling shifted back and forth in recent weeks, the market boldly shifted to “risk on” Thursday anticipating a “stay” vote and Thursday saw notable gains in most major indices.  The world was then shocked late into Friday morning as the “exit” vote narrowly won in the end and “risk off” became the mantra Friday with most major indices off by more than -3%.  Perceived safe haven investments like US Government Bonds and Gold rallied.

I believe the decision for the UK to exit the European Union will have the following consequences:

Ultimately, I believe the British exit of the EU will not have much of a long term impact on the US 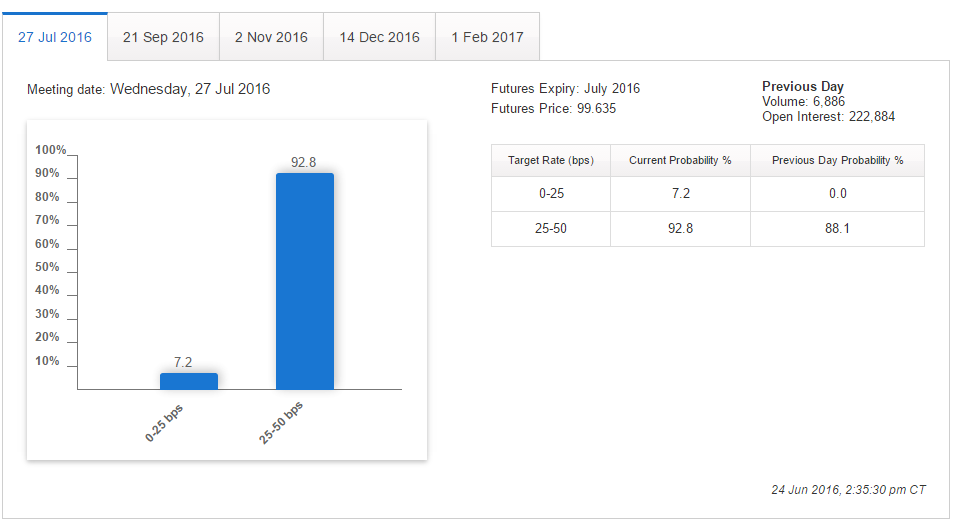 Oil prices continue to lose momentum.  Oil closed at $47.68 per barrel Friday.  Cheaper oil is good for consumers but bad for oil companies which have been a drag on corporate earnings. 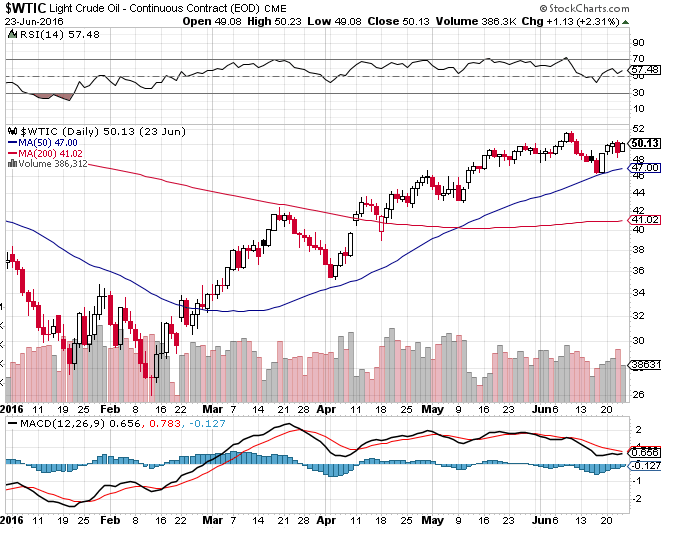 The US dollar spiked Friday as a safe haven currency but the trend continues downward. As the dollar falls, US exporters benefit. 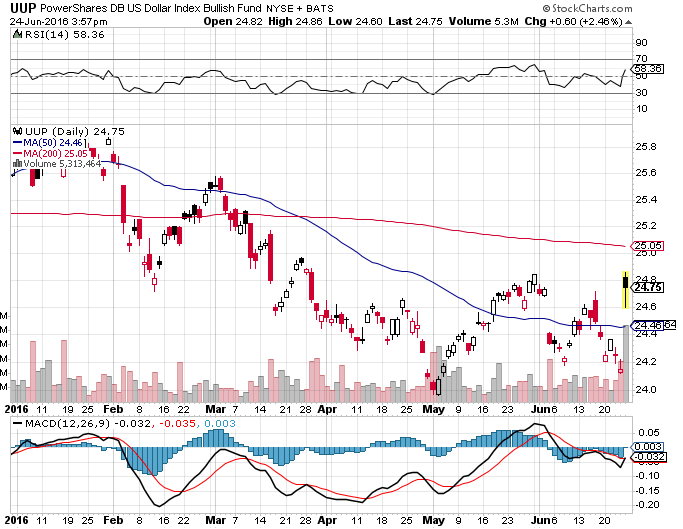 Here is a 1 year chart of the NASDAQ.  This index consists mostly of technology companies and remains in a choppy downtrend that has unfolded over the last year.  The NASDAQ is now down -7.33% over the last year.  This choppy downtrend is the result of the strong dollar, weak oil prices, and flattening corporate earnings.  Experts expect these headwinds to abate during the second half of the year. 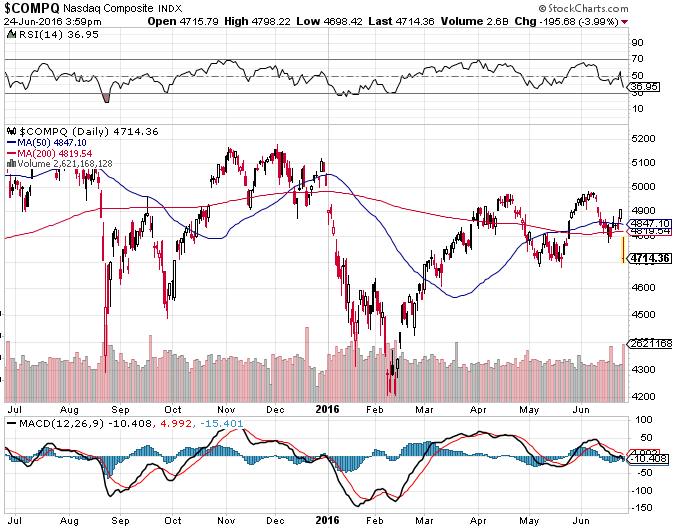 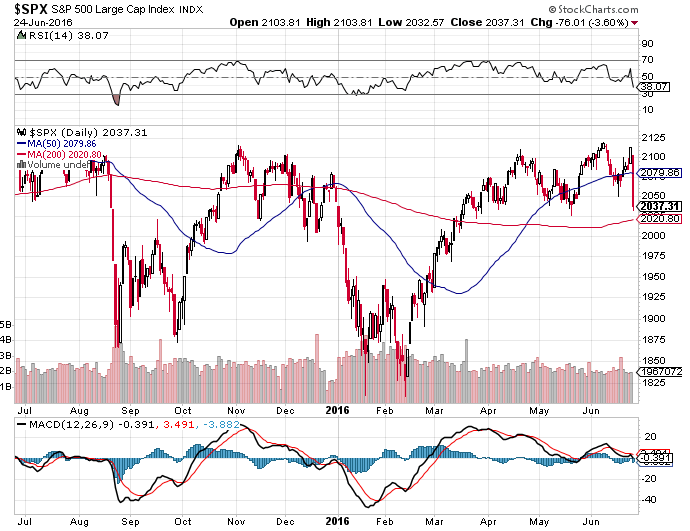 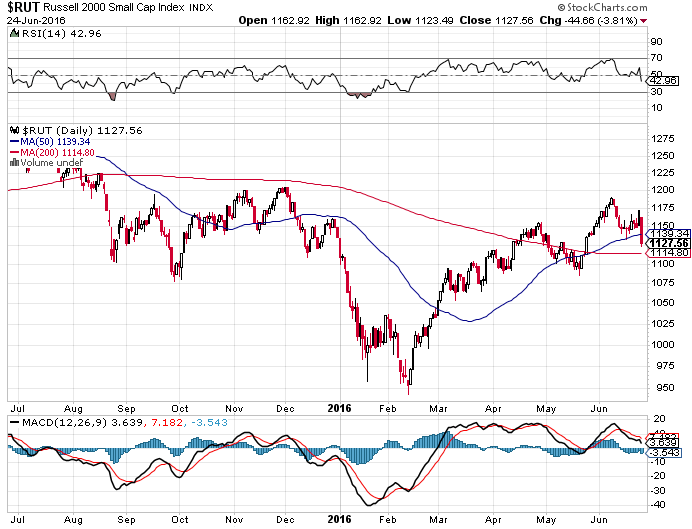 I appreciate your business, and your patience as we continue to navigate difficult markets.  I wish you all a wonderful weekend!