Earnings season is basically complete with 98% of companies in the S&P 500 reporting earnings for Q1 2016.  72% have reported earnings above the mean estimate and 53% have reported revenues above the mean estimate.  For Q1, the blended earnings decline is -6.7% year over year, (with -8.9% expected) and this marks the fourth consecutive quarter of earnings decline (Source: Factset).  The last time we recorded four consecutive quarters of earnings declines ended with Q3 2009.  Since stock prices basically follow earnings it is easy to see why the market has been struggling for the last year. 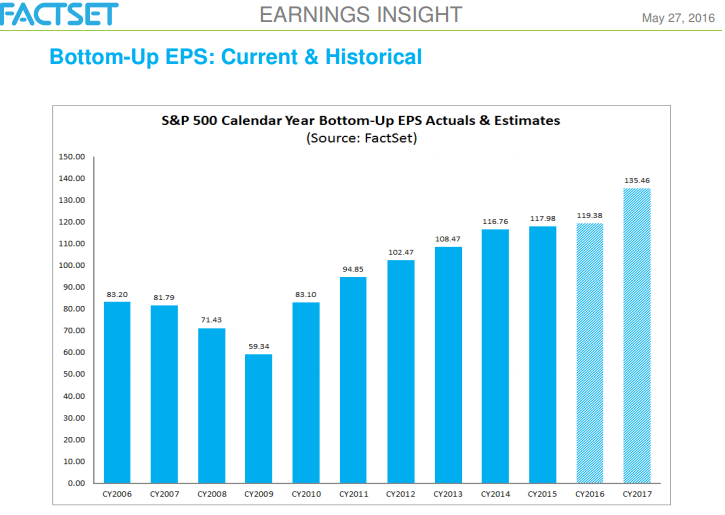 Looking forward, earnings for the remainder of the year are estimated to increase according to Factset due to seasonal patterns, increasing oil prices (may help energy companies earn more), and a decreasing dollar (which helps US exporters earn more.)  Note that expected earnings for 2016 are basically flat compared to 2015 and 2014 but we see an estimated increase for 2017.  This will be an important indicator for the future of stock prices in general.

The market continues to focus on the Fed and its next meeting taking place June 14-15.  The Fed has waffled back and forth over the last couple of years with sometimes dovish, and sometimes hawkish language about future interest rate increases.  The market continues to price in a Fed rate hike with futures showing  a 30% chance of a hike at the June meeting. 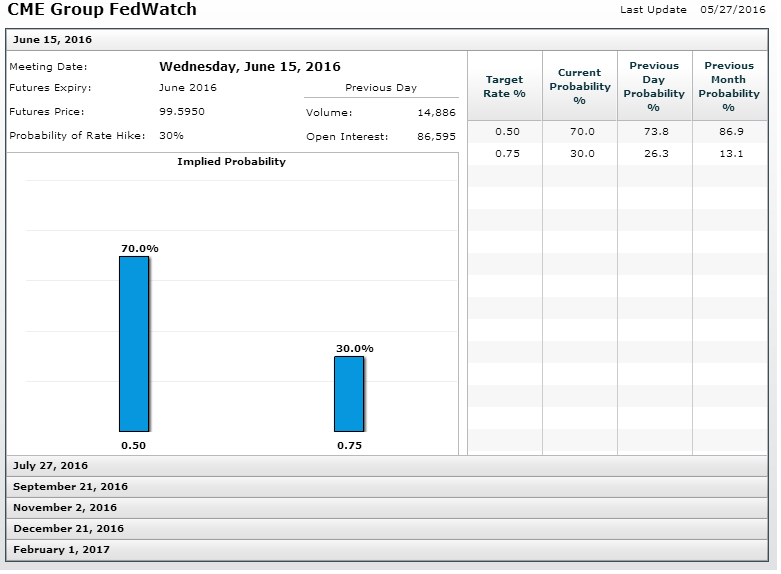 Here is a 2 year chart of oil which has stabilized and recovered from the low set in February.  Oil is now up to $49.40 a barrel as of this writing well off the low of $26.05.  Higher oil prices bode well for earnings in the energy sector for the second half of the year.  Higher interest rates and higher oil prices help banks that have loaned money to the oil sector.  Defaults in the oil space have been on the rise. 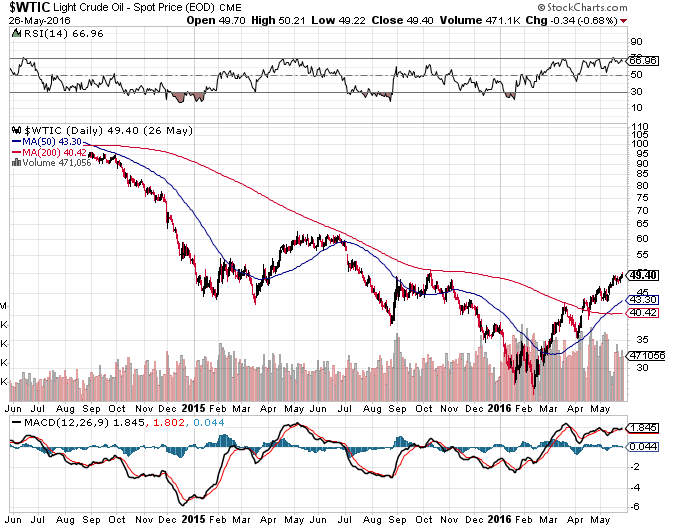 Here is a 2 year chart of the US dollar.  After a dramatic rise in 2014 and early 2015, the dollar has been trending down, especially since February 2016 which makes US exports cheaper and this also bodes well for earnings in the second half of the year.  Companies that export products like phones and planes benefit from a falling dollar.  Talk of an interest rate increase in June caused the dollar to spike over the last 2 weeks however. 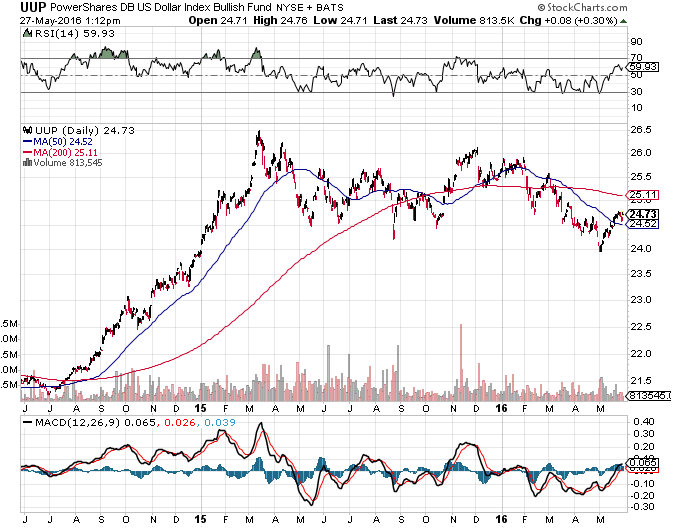 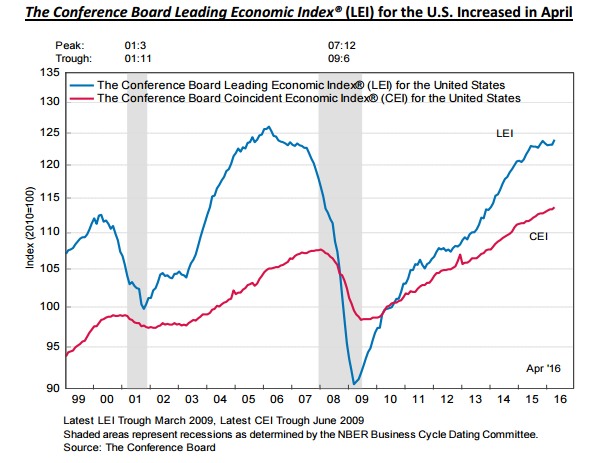 Here is how market indices fared as of Thursday 5/26/2016.  We’ve had a decent week and the S&P 500 measuring stock prices of the largest 500 US companies is up about 2.5% over last week and is now barely positive over the last year.

I wish you all a safe and enjoyable holiday weekend!